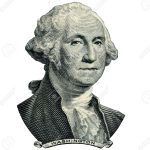 In America’s early days, sodomy was a crime punishable by dismemberment, as under Thomas Jefferson in 1832. All presidents from George Washington enforced moral laws as defined by God’s word, the Bible. They believed the nation could not survive if moral principles were abandoned: “A man shall … be joined to his wife.” Jesus quoted God the Father about the first man and woman (Genesis 1:27; 2:24). The moral deterioration and eventual demise of nations has been characterized by immorality. God said: “You shall not lie with a male as with a woman. It is an abomination; do not defile yourselves with any of these things; for by all these the nations are defiled, which I am casting out … you shall not commit any of these abominations lest the land vomit you out also.” (Lev 18:22-28).

“God gave them over to shameful lusts. Even their women exchanged natural relations for unnatural ones. In the same way the men also abandoned natural relations with women and were inflamed with lust for one another. Men committed indecent acts with other men, and received in themselves the due penalty for their perversion.” (Rom 1:26-27)

Unless something is done to stop the moral corruption, America must prepare for the inevitable: divine expulsion. Let us stand with and support every American citizen who is faithful to God’s eternal laws. By these we shall all be judged in the Last Great Day (Heb 10:26-27; Jude 6).