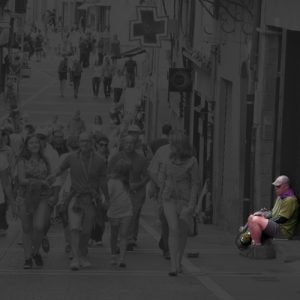 Matthew 25:31-46 tells about when Jesus will come again in glory, there will be a great final day of judgment and separation. All nations since the creation of the world will be present before Him. All people will be separated like a shepherd separates sheep from goats… sheep on right and goats on left. To those on the right the King will say: “Come, you who are blessed by my Father,” and these will receive blessings in the eternal kingdom. These obeyed their Lord as described in verses 34-40.

But what about those on the left? What was their sin that caused them to be judged to eternal punishment in fire prepared for the devil and his angels? The answer can be given in one word: NEGLECT! These were all surprised when the Lord said they failed to feed Him when He was hungry, to give drink when He was thirsty, to invite Him in when He was a stranger, to clothe Him and look after Him when He was in prison. They did not remember being guilty of any of these failures. Then King Jesus explained: “I tell you the truth. Whatever you did not do for one of the least of these, you did not do for me.”

The sentence by the Judge of all the earth was NEGLECT. They were not accused of murder, lying or adultery. But they neglected to “obey the gospel” (Acts 2:38-47; I Pet 4:17).