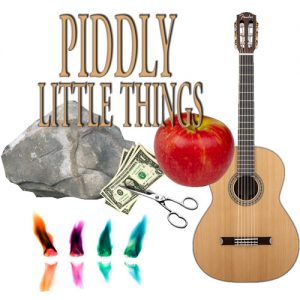 12. NAAMAN was a Syrian military leader (2 Kings 5), but he had one serious problem. He had the incurable disease of leprosy. A little slave girl told Mrs. Naaman about a prophet in Israel who could heal him. So Naaman promptly gathered rich gifts and set out on an 8 day journey southward. When Elisha, the prophet heard Naaman was in town, he sent him this message: “Go and dip in the Jordan 7 times and your flesh will be clean.” Naaman became angry at such a simple idea and started to go back home. He thought that if the cure was to be done by such a piddly little thing as dipping in a river, there were cleaner rivers in his own country! A servant humbly suggested to mad Naaman he should obey the simple terms that seemed so piddly and absurd. He had not learned that “God’s ways are not man’s ways” (Isa 55:8-9). Finally he humbled himself, dipped 7 times in the Jordan river and his flesh was immediately pure “like that of a little child.”