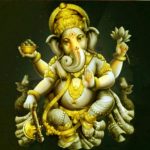 How different the apostle Paul viewed Athens, as contrasted with the attitude of the ordinary tourist who would have been enraptured by the magnificent architecture, the glory of the city, and the Gentile intellectualism. In Paul’s view, it was a pile of idols which filled his heart with indignation (Acts 17:16-31). However, he did not seize an axe to destroy the images of the gods and altars (like the iconoclastic Puritans later did). Paul did not attempt to remove the idols from the city, but “because his spirit was provoked within him” he rather labored to remove the worship of idols from men’s hearts. Petronius had said that it was easier to find an idol in Athens than to find a man! Paul found that “the world through its wisdom knew not God” (I Cor 1:21).

Athens is not the only city with idols fashioned from wood, clay and stone. I was stirred in my spirit by visiting friends here in DFW where I was asked to remove my shoes so I could be shown their family’s gods. They then invited me to visit a nearby Hindu temple where about a thousand worshiped (Paju) for hours, having removed their shoes and prostrated themselves before their many idols. In an assembly that followed, huge pictures of their temples, venerated gurus (symbols of god) and idols were projected for hours while young men sang, clapped, beat drums and played instruments in worship. Several celibate robed priests were honored… all this, not in India, but in America!