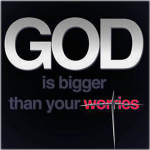 Read Matthew 10:32-39. To confess is to make a public acknowledgment, full and open. When we confess our faith in Christ, we are acknowledging our being one with Him and our willingness to take our stand with Him. “Everyone therefore who shall confess me before men, him will I confess before my Father who is in Heaven” (Mt 10:32). This affirms a oneness, a unity and willingness to share with Him.

In John 9:18-41 we read of the man who had been healed by Jesus. The Jews did not believe the man had been blind, so they sent for his parents. They confessed he was born blind, but were afraid to confess how he was now able to see. Why? Because they were afraid the Jews might cast them out of the synagogue. The man who was healed tried to reason with the Jews, but they hurled insults at him. Read the entire remarkable story of how the Jews threw him out because they were enraged at his confession of having been healed by Jesus.

To confess is to take an open stand for Jesus. John 12:42-43 says that many even of the leaders of the Jews “believed” in Jesus, but “because of the Pharisees they would not confess their faith … for they loved the praise from men more than praise from God.”