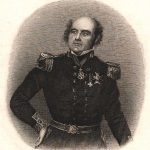 In 1845 the Franklin Expedition sailed from England to look for a passage across the Arctic Ocean near Alaska. The crew loaded two sailing ships with a lot of things, including much stuff they did not need… a library of 1200 books, fine china, sterling silverware and much more. However, they only took a 12-day supply of coal for their steam engines. The ships became trapped and frozen in the ice, and none of the crew survived. Later rescuers found a sled 65 miles from the ships and with two frozen bodies plus their sled loaded with table silver. They contributed to their own demise by carrying what they did not need.

Sometimes we do the same. We drag baggage through life that we do not need which just weighs us down… things like bad habits, grudges, sports, cars, bank accounts, lands, etc. Look at Solomon and his great accumulation of wealth of gardens, his palace, slaves, horses, wives, a magnificent temple, etc. But none of these things brought any lasting benefit to him (see I Kings 6-10). The Lord spoke of this same folly in the parable of the rich fool who laid up many goods and began to take it easy (Luke 12:20).

“Let us throw off everything that hinders and the sin that so easily entangles, and let us run with perseverance the race marked out for us. Let us fix our eyes on Jesus, the author and perfecter of our faith.” (Heb 12:1-2).