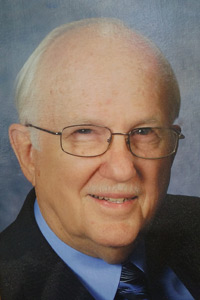 … had its beginning May 9, 2008 when the first weekly article appeared in the Fort Worth Star Telegram.  Alvin Jennings is writer of the sermons except for occasional selections from others.  It is supported by contributions from individual Christians, churches of Christ and donations received from rebinding of old Bibles. The Bible is the
Read More
COVETING has a variety of shades of meaning.  It means (1) to gain dishonestly (Ex 18:21; Ez 33:31), or (2) also to wish to have more, unreasonably (Lk 12:15; 1 Thess 2:5), or (3) and inordinate love of money (Lk 16:14; 2 Tim 3:2; 1 Tim 6:10). This is a heinous sin, classed in Scriptures
Read More
The Old Testament under Moses (1500 BC) said, Now if a person sins and does any of the things which the Lord has commanded not to be done, though he was unaware still he is guilty and shall bear his punishment.  So the priest had to make atonement for him concerning his error in which
Read More
Dr G R. Beasley-Murray, M.A., M.Th, Ph.D, professor at Southern Baptist Theological Seminary, Louisville, Ky., wrote in 1962 “A Thorough And Scholarly Study Of Baptism” (Christianity Today). Quotes below are from Eerdmans Publishing Co., 1994 edition. His book of 422 pages is recognized for its thorough treatment of the subject. However, it does not represent
Read More

“IS NOT MY WORD LIKE A FIRE, SAYS THE LORD, AND LIKE A HAMMER THAT BREAKS THE ROCK IN PIECES?” (Jeremiah 23:29) In this context, fire burns and destroys. A hammer strikes with force, driving hard, smashing and pulverizing. When God’s word goes forth as fire and hammer, it brings justice and vengeance, which is
Read More
AND is the most frequently used word in the Bible, appearing over 320,000 times (Strong Concordance). It “joins words of equal value, rank or function” (Webster). “Kai” is the Greek word. HOW IMPORTANT IS BAPTISM (immersion)? Let God speak in the Bible (2 Tim 3:16). “He who believes AND is baptized shall be saved” (Jesus,
Read More
Jesus carried His cross from Pilate’s judgment hall in the city of Jerusalem, and He then followed along the Via Dolorosa (meaning the sorrowful way toward the place outside the city walls where He was to be crucified.  The place was called Golgotha, an Aramaic term meaning “the place of a skull” (Mt 27:33), translated
Read More
The Book of Acts in the New Testament contains a record of the origin and early history of the church of Christ.  Acts chapter 2 records the sermon of Peter with the 11 apostles when about 3,000 were baptized “for the remission of sins” and were added to the body of believers.  This was the
Read More
Reason 1 BECAUSE IT WAS STARTED BY JESUS The existence of a church is proof that someone started it.  In the world today there are hundreds of churches, different in doctrine and practice.  Each one had either a divine or human builder…if by man, that church must be the work of man, not of Christ.
Read More
There are many false theories predicting the date of Jesus’ second coming.  These include speculative dates predicted by Charles T. Russell (founder of Jehovah’s Witnesses) 1914; J.F. Rutherford 1928; Herbert W. Armstrong 1972; Jehovah’s Witnesses (again) 1975; Hal Lindsey 1995.  As the mystical year 2000 approached, it was supposed that 25% of Americans believed that
Read More