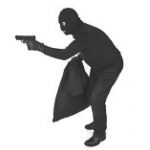 An accomplice is a person who participates in committing a crime even if he takes no part in the actual offense. In a bank robbery, the getaway driver is an accomplice to the gunman and is equally guilty. In the disaster of 9/11, all who participated in the scheme were equally guilty with the pilots who crashed into the World Trade Center, murdering thousands.

In civil law and also in the Bible, both are guilty. Ananias “conceived this thing in his heart,” a lie he then shared with his wife Sapphira. She agreed to his scheme. Both were convicted of sin and were stricken dead. She was an accomplice. All were seized with fear when they heard about it (Acts 5:1-12).

While only a few nailed Jesus to the cross, there were many who shared in the guilt of this crime … Pilate, the religious leaders and the thousands “gave Jesus over to be crucified.” Peter said: “This Jesus whom YOU have crucified!” About 3,000 of that crowd of sinners were convicted of their guilt and were immersed “for the forgiveness of THEIR sins” (Acts 2:37-42).

Not long after this, a young man of Tarsus named Saul was an accomplice to the stoning of Stephen. Though he did not cast stones, he nevertheless “gave his approval” and shared in the guilt of those who did (Acts 7 -8:1).

Do YOU support or consent to gay marriage, to lying, to stealing, to unauthorized Christian worship? (cf. I Cor 15:33)