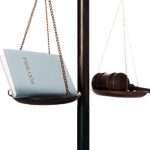 This story is in the History Of The Denton County Baptist Association, furnished by the SW Baptist Theological Library in Fort Worth.

The young pastor at Pilot Point was asked to apologize during his pastorate at Pilot Point, Texas. He had gone fishing with a man who was not a Christian, so availed himself of the opportunity to talk with him about salvation. Joe Ives, the friend, asked the pastor, quoting Acts chapter 8, “Here is water, what doth hinder me from being baptized?” He was referring to the story in Acts 8 they had just discussed about Philip and the Ethiopian eunuch. Taking that as an example, he led Mr. Ives out into the water and baptized him.

Pastor Cole had been a Baptist but a short time and was not up on their doctrinal conception of baptism, about when and why it should be administered. The news of the incident soon spread among the membership. The following Sunday Mr. Ives presented himself for membership at the church. Then the show began. His application was rejected and he was hurt at the reaction so turned to another church which readily accepted his baptism. A comittee of eminent brethren sat in judgment upon his misconduct, then wrote to “drop the matter and advised pastor Cole to go his way, but not to repeat the act.”

I copied this story verbatim on Nov. 25, 1998 at the library and will furnish the full story upon request.

The Bible is God’s brochure on heaven!